This week, I hung out in the OR.

Before I begin, let’s just get this out of the way, shall we? From Rushmore:

I cannot accurately describe how psyched I was to visit the OR. It reminded me of the first time I went to see a Brewers game when I was a little girl. Or the first (and only) time I went to Lambeau Field to see Brett Favre and the Packers play. I was pee-in-your-pants excited. As a research coordinator, I have been to the OR, but have never gotten past the front desk. As a patient, I have been in the OR, but general anesthesia makes one forget the details.

Yesterday, I came prepared to help the surgeon in any way that I could. Hold a warm organ? I can do that, Doctor. Hand you a scalpel when you say “Get me a scalpel, dammit!”? Yes, sir. Wipe your sweaty forehead? You can count on me. Pick the music for the surgery? I have my OR playlist ready. I figured we’d start things off this morning with a little Metallica—”Master of Puppets”—and finish the operation with some Hall and Oates. Do you like “Rich Girl?” Done and done. 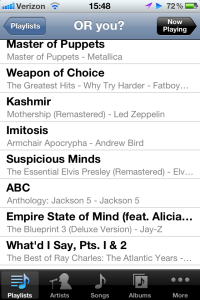 I also like a little Jay-Z in the morning, Doctor.

My clinical instructor escorted me to the OR and showed me where I needed to change into scrubs. A word on these scrubs. These are no ordinary pair of scrubs. These are special scrubs. Seafoam scrubs that are kept in special bins in a special clean room. You need to scan an ID to get a pair. These scrubs were thinner than the scrubs that I was wearing. These were scrubs that, despite looking the same size as the scrubs I was wearing for Clinicals, were too tight. I rocked the too-tight scrubs all day long. I looked like a seafoam sausage. Way to make a first impression in the OR.

I put on booties, a bouffant cap and a mask and reviewed my choice of operations with the OR manager.

A decided to participate in—excuse me—observe a robotic surgery. As a research coordinator, I worked with patients who underwent robotic prostatectomy for prostate cancer, and was familiar with robotics, but have never seen one. WTTW did a story on robotic surgery at UIC in 2009. You can watch that story clip here (on the right side of the page). It does show images of a surgery using the robot, so this clip is not for the squeamish.

For those that didn't check out the clip, this is what the robot looks like.

Before I entered the room, the manager quizzed me on the difference between an area that is disinfected and an area that is sterile (Disinfection is the process of destroying pathogenic microorganisms. However, certain bacterial spores may survive and germinate which could lead to contamination. Sterilization is the process where all the living microorganisms, including bacterial spores, are killed). I passed. She also quizzed me on the difference between laparoscopic and robotic surgery (I was two for two). She then instructed me on the roles of the scrub and circulating nurses and described the sterile field, which was anything covered, on top of, or surrounded by blue towels, sheets, bowls, drapery, etc.

She gave me one job. Whatever I did, I needed to stay away from the sterile field. This is a difficult task for a clumsy, bumbling fool who loves the color blue and likes touching shiny objects, but I promised I would do my job.

We walked into the room. The surgeons were on the computer and the nurses were preparing the sterile field. I introduced myself to the circulating nurse. Today’s patient was undergoing a Heller myotomy for achalasia, a condition in which a person cannot get food into the stomach. I wanted to make a joke about this being a “heller a surgery”, but I figured it was too soon. I stood away from the sterile field and watched.

In this picture, everything in blue is considered sterile.

I learned very quickly that everyone looks like same in scrubs and a bouffant, and probably introduced myself to the same person three different times. “Hi, I’m Erika and I am a nursing student and I am so excited to be here and if there is anything I can do, please let me know, and I promise I won’t faint because I don’t mind blood and yes, this is my first operation, but I was a patient here once, haha, getting the scrubs out sure was confusing and I should have gotten a bigger size and yes, I know about the sterile field and I promise I will stay away. Did I say my name is Erika and I am super excited? OK. Yeah, I just wanted to reiterate that.” The scrub nurse gave me a strange look and pulled the sterile tables toward her. The circulating nurse looked at me and said, “Follow me.” I’m pretty sure I skipped out of the room behind her. She handed me some packages and showed me how to open them and place them on the sterile field. I got a big girl job! I gingerly opened the package and placed them on the blue table. I was so proud I clapped as if I was saying “Look Mom! I went to the potty all by myself!” I was now on high alert, ready to do anything.

Ten minutes later, the patient was wheeled into the OR. The circulating nurse introduced me to the patient as one of the nurses, which made me feel like a member of the team, though I am guessing they did it for the patient’s sake, so just before she was falling asleep she wasn’t thinking, “Nursing student? Damn, I hope that she doesn’t do anything stupid.” She gave me a groggy smile. “Hi, I’m Erika,” I said. Yeah, the nurse just told her that. I’m an idiot. She waved weakly. A few minutes later, she was asleep. The doctors scrubbed in and created a hole in her belly button. The surgeon’s eyes crinkled as if he was smiling and announced to the team, “Today is going to be a good day!” He took off his sterile gloves, exited the sterile field, walked toward the robot, kicked off his Crocs, placed his hands in the fancy Joysticks, peered in his 3-D monitor and began to manipulate the controls with the assistance of the surgical resident, who sat on a stool at the feet of the patient. The resident moved and switched out instruments at the surgeon’s command.

I was standing behind the resident when he turned to me and said: “Can you come here? I need you adjust my glasses.” I carefully pushed his frames toward his forehead.

It was everything I imagined it would be.

I stood back and watched the monitor. I watched the instruments move inside the patient’s abdomen in glorious HD. The surgeon was instructing the resident to move an instrument toward the diaphragm. “More…more…a little more…”

“Fuck!” the surgeon shouted. The resident nicked an organ. Bright red blood pooled in her abdomen. “I’m sorry, Doctor,” the resident said. We looked at the resident and saw the fear in his eyes. I whispered to the circulating nurse, “How often does this happen?”

“Not often at all,” she responded. “In fact, this has happened maybe one or two other times in my career. I have gained sympathy for doctors and nurses in this situation. We are human. Humans make mistakes.”

The OR got cold. The nurse grabbed a warm sheet and wrapped it around her shoulders. We sat transfixed at the monitors while the surgeon and resident regrouped and meticulously sealed the cuts. The patient, oblivious to the trauma, would be fine. After many tense minutes, the surgery continued.

The anesthesiologist asked me to get her some medications from the pharmacy. She showed me the monitors, explained what the waves and beeps meant, and what kind of anesthesia was being used. I returned to my seat. Too bad the surgeon doesn’t like to listen to music during procedures. All we needed was a soundtrack. Everyone, it seemed, was in the groove.

And then the lights dimmed and everything went black. 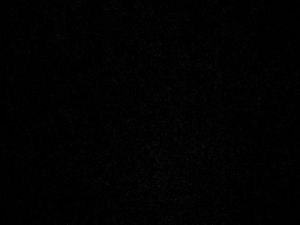 The room was quiet for a half second, then everyone, except for the patient, shouted a variety of expletives that started with “holy” or “what the”. Including me.

And just as quickly, the power jolted back on, and the monitors and machines were blaring and beeping. The monitors flashed red exclamation points. The anesthesiologist looked at me and said, “I need you to get me an anesthesia tech right now, please.”

I walked out of the room and judged the distance from the OR suite to the front desk in case the power went out again. Doctors and techs were walking toward our room, muttering expletives.

I reached the woman at the front desk who paged a tech. By the time I returned to the room, a tech was assisting the anesthesiologist in resetting monitors.

The circulating nurse, not realizing I was asked to go to the front desk, thought I got scared and bolted. I told her what happened.

Things calmed down, and the surgeon continued. Five minutes later, the OR lights flickered, and everything reset again. A power surge.

The surgeon had almost started cutting the esophagus. “I can’t do this,” he said. “We need to stop until we know what the hell is going on here.” We found out from maintenance that ComEd was doing work in the area, but they stopped and it would not happen again.  The surgeon returned to his station and returned to the Joysticks.

The operation resumed. It was uneventful. I walked around the sterile field to chat with the scrub nurse. I even gowned the scrub nurse after she returned from a lunch break. Without compromising the sterile field. I felt proud. Like the honorary bat girl at the baseball game who handed Robin Yount his trusty slugger. An hour and a half later, they stitched the patient’s abdomen and the anesthesiologist woke her up.

I turned to the circulating nurse and asked her how many times a power outage has happened during surgery. She chucked and said, “In my ten years at this OR, I remember this happening only one other time. Looks like you got to experience one exciting day.”

“I have quite a story to tell,” I said. She agreed. “It would have been a better story for me if I could say that you ran out of the room because you were scared, not because you went to get help.”

Maybe the surgeon didn’t think today was a good day, but I thought it was. Nobody got hurt, the patient would recover, and we all had stories to tell.  I thanked everyone for letting me observe the operation and for trusting me with their sterile field. I didn’t touch shiny objects, and I wasn’t able to show off my playlist, but it was a great experience. I left the OR, removed my bouffant and mask, changed back into my baggy scrubs and skipped out of the locker room.

5 Responses to oh, are you?