In between studying for Pharmacology for Advanced Practice Nurses (another exam next week!) and Biological Basis for Women’s Health and Perinatal Nursing II, I try to relax and catch some TV. I’ll close up my books, turn off my computer, put my papers away, peel and orange, and flip through the channels.

There is never anything on.

I understand that you are only one network of the 890 channels we get from our awesome cable company, but you consider yourselves “Must See TV”—the home of Seinfeld and Friends and Saturday Night Live (the good ones), so I expect for more from you. (The use of the word awesome, by the way, is meant as sarcasm. Our cable provider, Comcast sucks. But, this should be nothing new to you, as you own them….or are them. Sigh…it doesn’t matter.)

Yeah, you have made a few decent shows in recent years (30 Rock, featuring my girl crush Tina Fey, comes to mind). But, you dropped Law & Order (doink, doink), which was a huge mistake. Thank goodness it’s in syndication on 37 channels, satisfying the bored and/or stoned masses. Even still, I cannot always rely on a random episode of the 456 episodes of L&O being on every hour of every day.  Law & Order: SVU  was good, but jumped the shark a few years ago, and Law & Order: Criminal Intent, with pathetic Wounded Vinnie D. ™  is, well…pathetic.

Sadly, the dramas that Dick Wolf produced to replace Law & Order have been pretty lame. I found Chicago Fire (not to be confused with Chicago Fire or The Great Chicago Fire—which Wisconsinites have learned, wasn’t that great) to be ho-hum (unlike Fox’s train wreck of a show, The Chicago Code, which was such a bad parody of Chicago politics, I couldn’t turn away). And you turned me off to Chicago P.D. before it even premiered. I get you were trying to be “edgy” with your ads plastered all over the CTA stating “Don’t **** with my city” (ooooh, you implied the use of a naughty word!), but what you don’t realize is that the cops in Chicago are often the ones who are ****ing with our city. Ironic.

one of the ads plastered on the ****ing El in my city.

So, unlike the Republican Party, who whines about Obamacare but cannot offer viable alternatives to replace it, I have some suggestions for TV shows that might appeal to nurses and nursing students like me. You know, something we can watch and enjoy between studying for pathophysiology and pharmacology and nursing theory and statistics.

Here are a few ideas:

Lipophilicity: This series revolves around the experiences of a cute nursing student named Philicity (back story: her father Phil died before she was born, so her mother named her Philicity in his honor) as she navigates a difficult Pharmacology course all nursing students must take. At the end of the first season, she realizes that she is drawn to art instead nursing. So, Philicity drops out of nursing school, cuts her hair, goes to a lot of parties, meets new people, joins a book club, improves her outlook on life, finds a partner, takes an improv class, and paints.

Dukes of Biohazzard: Cousins Bo and Luke Duke are infection control nurses at a rural hospital, on probation for fulfilling a dying patient’s wish of providing him his favorite beverage—moonshine. The hospital boss, Dr. Hogg, has it out for the Duke Boys, but cannot fire them because of union rules. Dr. Hogg also has his fingers in everything at the hospital—literally his unwashed fingers—spreading infection to patients. Together with their cute-but-trampy med-student cousin Daisy, Bo and Luke get caught in the middle of various goofy incidents at the hospital, like when Dr. Hogg gets infected with a Kleb superbug that is killing patients in the ICU.

Name! That! Smell!: This game show pits two nurses against each other to test their knowledge of hospital odors. Each contestant challenges the other in how few sniffs it will take to name that smell. Examples of odors include: Clostridium difficile, alcohol-based hand sanitizer, and yeast infection.

C. Diff’rent Strokes: A widower gets a hospital-acquired Clostridium difficile infection after a nasty drug-resistant hospital-acquired Streptococcus pneumoniae infection that was treated with fluoroquinolones, which he got while he was hospitalized for a stroke near his circle of Willis. The show chronicles the hijinks of his daughter and two adopted sons as they navigate through hospital bureaucracy,  their father’s bankruptcy due to medical bills, and diarrhea. 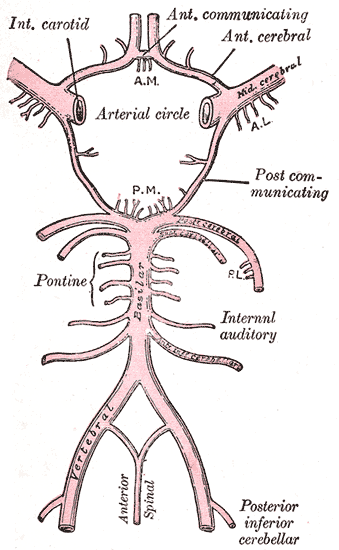 whatchu talkin’ about, circle of Willis?

E.R.:  This show follows the inner life of the emergency room of fictional County General Hospital in Chicago, and various issues faced by the ER’s physicians, nurses, students, and staff.  I’m telling you, NBC: this will be a big hit.