a vegan now, but i dream of meaty

This year, I decided to go vegan.

What?! The girl from Wisconsin? The girl who can’t eat pasta without Parmesan cheese? The girl who considers grilled cheese a food group? The girl who loves bacon and bratwurst and cheese curds and pizza and dipping french fries in milkshakes?

Before deciding on a vegan diet, I investigated my own motives. Some people choose a vegan lifestyle for environmental or economic reasons: industrial meat and animal production in the United States is costly, environmentally damaging, and not sustainable. Some choose it because of the harm inflicted upon animals during meat and animal product production. They are known as ethical vegans. Ethical vegans often eliminate all animal products from their life, including leather and silk. Some are dietary vegans, who eliminate animal products primarily for health reasons. I am a dietary vegan. I have high triglycerides and high lipids. I also have polycystic ovarian syndrome, a condition which affects between 5-10% of women of childbearing age. And because of this and my family history, I have a higher risk of diabetes. Eating an entirely plant-based diet may help alleviate some of my health issues.

I don’t go into these things lightly. I researched the scientific literature, investigated vegan websites, and studied nutritional data.  I watched Forks Over Knives and spoke to people who have been vegan for years. I purchased vitamin B12 and stocked up on veggies, lentils, unsweetened soy milk, and quinoa. It looked like members of Greenpeace took over the fridge. I also decided that while I was at it, I would go balls-out and stop drinking caffeine, eliminate soda and artificial sugars, and limit refined sugar. 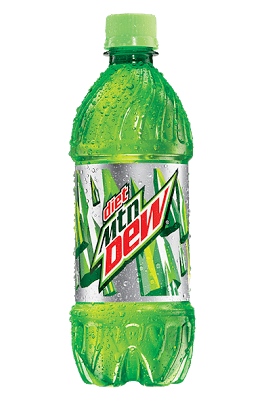 i no longer do the dew.

To hold myself accountable, I announced on Facebook that I was going vegan. Everyone has been supportive, providing links to resources, dispensing practical advice, and showing encouragement.

I have been eating vegan for 13 days. So, how is it going?

I had loud farts the first week of my new diet. Thad and I giggled like third graders every time I passed gas. Which was all of the time. There is only two of us in our place, so it’s not like I could blame it on the dog (like my dad does at parent’s house). The farts have since subsided.

I now get hungry much faster than I used to, and when I get hungry, I become an angry demon who is ready to lash out at the closest person next to me, which is usually Thad. I now carry healthy snacks with me so I do not get possessed by Crabby Erika.

I miss cheese, sushi, and Chef Special’s Dry Chili Chicken from Lao Sze Chuan. When I can, I avoid food commercials that have images of animal products. I stopped watching The Food Network. I purchased a julienne peeler and now make zucchini, carrot, sweet potato, and eggplant “noodles”. I make my own lentil burgers. We eat kale nearly every day.

Most surprising are the dreams. The vivid meat dreams. The delicious cheese dreams. In these dreams, I am standing at a counter eating strips of crispy bacon, bags of cheese curds, burgers, hunks of cheddar cheese, glasses of cow’s milk. I wake from these dreams relieved that they are not real.

I don’t really miss coffee or soda. Some foods are now just too sweet for me. I drink sparking water because I still like the bubbles.

I’ve already lost weight.  My acne has cleared up. I sleep better. I have more energy. My IBS is gone. Pooping is fun.

This hasn’t been easy. Becoming vegan has taken up a lot of my time and energy. It requires planning; I can no longer make a grilled cheese when the fridge is empty. I was surprised that the whole wheat bread we usually buy contains dairy. I was bummed to learn most veggie burgers aren’t vegan. It is still easy to eat poorly as a vegan (potato chips are vegan, after all), and I need to make sure that I don’t rely on pasta too often.

Despite the challenges, I have no intention of quitting. Yes, I might eat seafood when we are in New Orleans this spring. I won’t beat myself up if I find out that I ate something that contained dairy. I still put honey in my homemade dressings because I don’t want to waste what we have in the house, and the immune benefits of honey may help my asthma and allergies.

The meat and cheese dreams have started to subside, only to be replaced with the panicked dreams associated with the start of the new semester. Specifically, the dream where even though I have a graduate degree, I find out I never passed high school and I must return and take finals for classes I never attended. I can’t find my classrooms, and my TI-85 calculator is broken.

Seeing is how I have two and a half more years of school, I don’t see that nightmare going away anytime soon.

3 Responses to a vegan now, but i dream of meaty